The church dedicated to the Saint “prostitute” 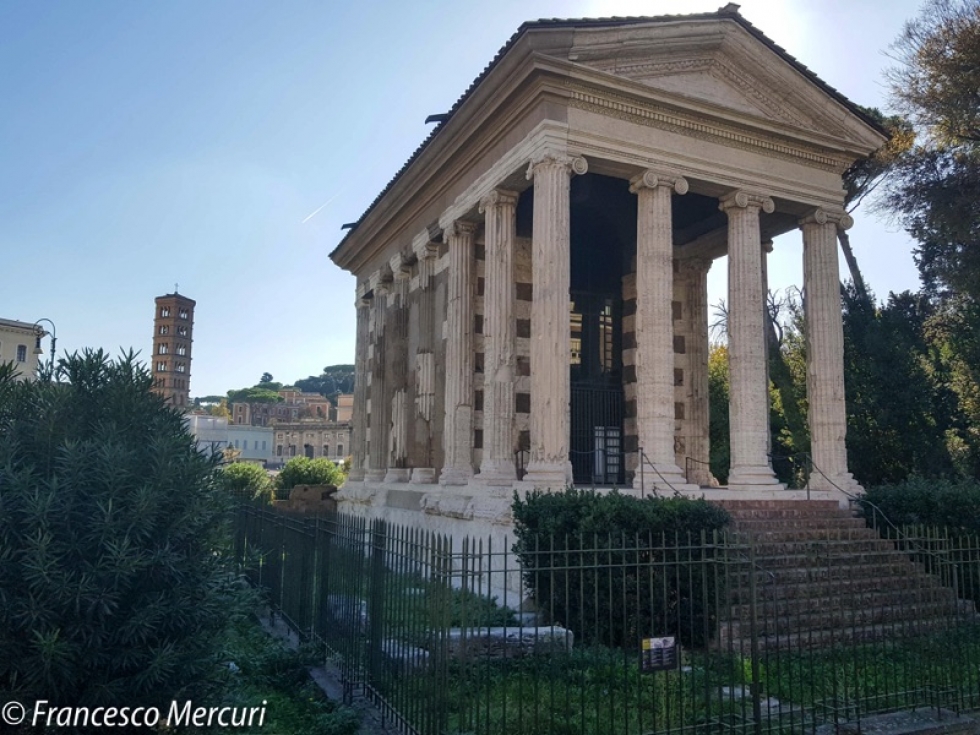 One of the most beautiful monuments in the Ancient Rome – extremely well preserved up to now – is the Temple of Portunus (wrongly called of the “manly fortune”) that stands in the middle of the old Forum Boarium – that was the cattle forum venalium of Ancient Rome.

The Temple was built in the IV century B.C. and was dedicated to the Roman God of harbours: Portunus. This God  was the protector of trades and was strongly venerated by citizens. Every 17th of August the “Portunalia” took place, a festival in his honour that was celebrated in the Port Tiberinus. The Temple of the deity is situated above this port and it is erected on a podium covered with slabs of travertine. It has a rectangular structure and it consists of a cella and a pronaos portico with travertine Ionic columns. The cella and the half-columns engaged along the walls are made of tuff.The Temple of Portunus is well preserved probably because at the end of the IX century was ‘converted’ in a Christian church and dedicated at first to Saint Mary de gradellis and then to Saint Mary of Egypt. In 1571 it was taken into custody by the Armenian Community of Rome until 1921 when the church was deconsecrated and the ancient Temple was re-established. Although it is not  a Christian church anymore, inside the Temple we can still admire some paintings depicting scenes from the life of the Egyptian Saint.But who was Saint Mary of Egypt? Her story isn’t very famous. She was an Egyptian girl that lived between the IV and V century and earned her way working as a prostitute. While she was in the Holy Land she embraced the Christian religion and decided to live the rest of her life as a hermit in the desert across the Jordan river. Later she was sanctified and named protectress of prostitutes and is nowadays venerated not only by the Catholic Church, but also by the Orthodox and the Coptic one. And that’s why - from the day the Temple of Portunus became the church of Saint Mary of Egypt – on the 1st of April (the Saint’s feast day) the church has been the destination of the pilgrimage of prostitutes and penitents from all over Rome. Therefore it was common on this date -  during the VI century – to see lots of harlots crowding the streets near the Temple and attending the religious function that was being celebrated in it, by the amazement and wonder of the Roman citizens witnessing this peculiar event.

Read 1686 times
Tweet
Published in Monumenti
More in this category: « A Film from 2000 Years Ago
back to top